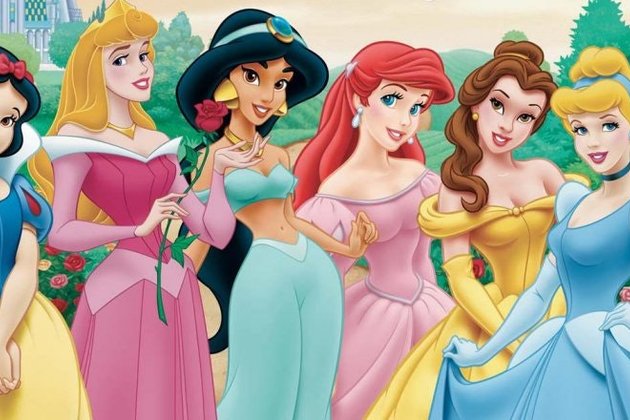 By the age of two, most children use gender pronouns in their speech and proactively identify people as men and women. And by the time they turn seven, little boys and little girls have already learnt a lot about what is expected of them within our binary gender system.

Much of this learning is unintentional, communicated via pop culture.

A few years ago, a researchers from Granada University analysed 621 characters of both sexes from 163 cartoon series, including Monster High and Shin Chan. They found that women are largely relegated to secondary roles: girlfriends, mothers or companions to the animated heroes and villains.

Not only are cartoon women rarely leading characters, theyre also awash in stereotypes. The Spanish researchers reported that most animated women are materialistic, jealous and superficial, obsessed with their bodies and keen to please other people.

How do princesses lead?

Even when women do play the lead, they often reify tired adages about women.

With Pocahontas (1995), for example, Disney showed that not even cartoon women can have it all. The Indian princess must choose between success in the public sphere and a happy romantic life.

Indeed, studies have found that in all of the princess films produced by Disney between 1989 and 1999, male characters have three times as much dialogue as female characters.

American linguists found that men speak 68% of the time in The Little Mermaid, 71% in Beauty and the Beast, 90% in Aladdin and 76% in Pocahontas. Ariel, the little mermaid herself, actually prefers to be struck dumb forever in exchange for a man.

These lessons are not lost on children, who are well aware that superheroes are mostly boys and princesses are girls. That makes it more difficult to model leadership for young women.

Unlike superheroes, who use their extraordinary gifts to do good for society, cartoon princesses tend to focus on private issues, not public service.

Disney has shown some improvement since the days of passive Snow White (1937) and submissive Cinderella (1950). In recent years, female leaders have appeared among the studios characters, most notably in Mulan (1998) and the 2013 megahit, Frozen.

But the messages conveyed are not so far removed from the most conventional Disney stereotypes.

Mulan is a bold Chinese warrior, respected and followed by her peopleall of whom think she is a man, because she has deceived them by cutting her hair. The point here appears to be that to become a good leader, a woman should look and act like a man.

Frozen was hailed as not your typical princess movie, because it portrays two sisters who dont need to be rescued by a handsome prince. Instead, at the films end, Elsa and Anna save each other with their sororal love.

But, the protagonist Elsa has dubious leadership skills. As the elder sister, she is responsible for governing, but when she gets nervous she lets her emotions get the better of her. Despite her good intentions, she cannot effectively wield power.

As a result, she freezes her realm and withdraws into a solitary world. In other words, she lacks emotional intelligence.

What have we learned? Now, children, repeat after me:

Women are better leaders when they look and act like men.

A successful public life interferes in a womans private life.

When women get emotionally involved, they lose rational thought, and their leadership capacity fails them.

Its hardly surprising that the lessons weve internalised since childhood are reproduced every day by (adult) media coverage of, say, female politicians, who face stereotypes and obstacles utterly unknown to their male colleagues.

All in good fun

Not exactly. Last year, academics from Brigham Young University in Utah looked into this subject, interviewing and observing 198 boys and girls in preschool and kindergarten.

They found that the more the girls identified with princess culture, the more they exhibited patterns of behaviour that corresponded to female stereotypes suggesting that beauty, sweetness and obedience are womens most valuable assets. The study empirically validates concerns that sociologists and feminists have been discussing for some time.

Recognising that female leadership is not well represented in Western society doesnt mean kids shouldnt be exposed to these cultural products. Its fine for a girl to play at being a princess, as long as she can also kick around a soccer ball, build things with nuts and tools, play the drums and fancy becoming a scientist, engineer, astronaut or firefighter.

Likewise, theres no reason why a boy dressed as his favourite superhero shouldnt pretend to take care of babies, cook dinner or vacuum the house.

This was the message of a 2015 holiday advertising campaign launched by the French supermarket chain System U, which reminded consumers that there are not toys for boys and toys for girls there are just toys.

The commercial, headlined #GenderFreeChristmas, opens by reflecting the clichs that surround children from birth, saying that perceptions about gender (Girls like kitchens, boys play with guns) are shaped by what were taught when were very young.

Those stereotypical conceptions fall apart when a group of little girls and boys are allowed to enter a room full of toys. A little girl rushes to the model car set; a boy goes for a baby doll.

Whether driven by profit or by social responsibility, companies are become more aware of the gender stereotypes promoted by their products. In Sweden, the chain stores Toys R Us and BR-Toys have said theyll stop publishing gender-differentiated catalogs and dividing toys into girls and boys sections.

Still, families must talk with children about the meaning of what they see, ensuring that girls understand that princesses are just one kind of role model theres also the powerful Wonder Woman, smart Velma from Scooby-Doo and Peppa Pig (dubbed a weird feminist by one conservative blogger).

And, last but not least, adults must ensure that we do not reinforce negative gender messaging in our daily lives by making girls feel that they are most valuable when they look like pretty princesses.

There is no need to wonder why George Floyd (age 46) was murdered in broad daylight in Minneapolis, Minnesota, on ...

With the U.S. deciding to walk out of the Open Skies agreement, the U.S. is signaling to the world that ...

Bans for over 60s and children during pandemic under scrutiny

A small number of countries around the world have used age as a barrier in setting guidance for their response ...

Officials say that seven civilians have been killed and six others wounded in a roadside bomb attack in northern Afghanistan.The ...

PARIS, France, June 3 (Xinhua) -- France will maintain its planned tax on digital services at the Organization for Economic ...

SYDNEY, Australia - Stocks in Asia made strident gains on Wednesday, although on the Chinese mainland the advance was limited.The ...

MUMBAI, India - Saregama India on Wednesday announced a global deal with Facebook to license its music for video and ...

Chinese solid waste imports down by nearly 50% this year

BEIJING, June 2 (Xinhua) -- China is now moving closer and vows to achieve its goal of halting all imports ...

CO CORK, Ireland - A U.S. manufacturer of essential oils, health and wellness products is developing a manufacturing plant near ...