Vital signs: we need those tax cuts now, all of them. The surplus can wait 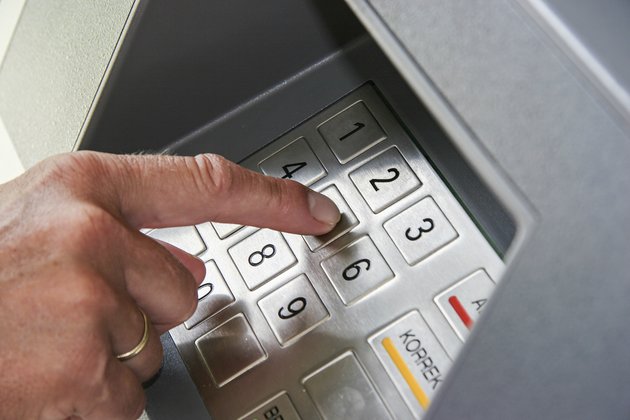 In an enormous week for economic news at the start of the month, parliament passed the government's three-stage personal income tax plan, and the Reserve Bank cut official interest rates to an unprecedented low of 1%.

It happened against the backdrop of a flagging economy in dire need of stimulus.

As the bank cut rates to a record low, its governor Philip Lowe again warned about the waning power of rates (monetary policy) to lift the economy.

At the Darwin community dinner after the board meeting he said:

Lowe and many others - including yours truly - have repeatedly pointed out that spending on physical and social infrastructure can do what lower rates can't do well - boost the economy while lifting its productivity. So, too would other productivity-enhancing reforms, particularly in the labour market.

And, of course, the government's tax cuts will also stimulate the economy when they come into effect.

With tax cuts, timing's the thing...

The obvious problem is that much of stimulus from those tax cuts will happen years from now, rather than today.

What the government should have done was insist on enacting all three stages of their tax plan immediately. Not staggered over several years, not in 2024-25. Now.

That would have, of course, pushed the budget into deficit in the short run, and that would would have run counter to the government's narrative about being responsible economic managers.

But how responsible is it to prioritise one's own political brand over the economic health of the nation?

Read more: Ultra-low unemployment is in our grasp. How Philip Lowe became the governor who lifted our ambition

Let's not forget where the timing of the government's tax plan came from. 2024-25 is outside the budget's so-called "forward estimate" period and thus the impact on the deficit or surplus projections is not apparent.

It was the same rationale that underpinned the glacial, decade-long pace at which the government's "enterprise tax plan" was to move to a 25% company tax rate. And it is the same set of dodgy accounting tricks that Wayne Swan was a master of for everything from health to education spending commitments.

...and the timing could be immediate

And structural reform of the industrial relations system might is probably the hardest and longest of all to put in place.

They are real constraints.

The Reserve Bank faces another, the so-called "zero lower bound" of conventional monetary policy and the complexities and uncertainties of unconventional policies such as quantitative easing.

Read more: Below zero is 'reverse'. How the Reserve Bank would make quantitative easing work

But a government which won a mandate for its tax policies, and who frankly has the Labor opposition in a tailspin, could have insisted on all three stages of the tax cuts immediately.

The only thing standing between the economy and the aggressive fiscal stimulus it needs is the government's obsession with balancing the budget regardless of the circumstances.

We're not in the best of times

Don't get me wrong, I think debt and deficits most certainly do matter. The government deserves credit for chipping away at the structural budget deficit, and we shouldn't be running deficits in good economic times.

But we're not in good economic times. We're standing on the precipice of the first recession in nearly three decades. We're looking at highly uncertain global conditions, domestic economic growth that has slowed to a trickle, sluggish wages growth, persistently high underemployment, and even the possibility of Japanese-style deflation.

The irony is that if, with the failure to enact sufficiently bold stimulus, we do tip into a recession, the red ink will flow all through the budget. Unemployment benefits and welfare payments will rise, personal and corporate income receipts will fall, GST revenue will drop. And young people who enter the labour market during a recession will suffer for years to come.

The downsides of not enacting sufficient fiscal stimulus far outweigh whatever benefits there are of a glide to path to budget balance while avoiding a recession.

It's certainly not the time for hand-wringing

Coming back to Lowe's admonition that we need the "various arms of public policy...pointing in the same direction", here's where we currently stand: The bank has acted, but far too late. For years it told us that 5% unemployment was as good as it could get long-term, to be patient and to wait for higher wage growth and inflation.

It's been a mere five weeks since Lowe stopped impersonating Charles Dickens' character Wilkins Micawber, who was fond of saying "something will turn up".

Read more: Buckle up. 2019-20 survey finds the economy weak and heading down, and that's ahead of surprises

Now the treasurer Josh Frydenberg is giving us his version of the same routine. On one hand he says personal income tax cuts are crucial to boosting employment and spending. On the other hand, he says we'd better wait.

The Australian economy can't afford to wait for aggressive stimulus. The government has shown more concern for its political brand than for our economic health.

It isn't what a responsible steward would do.

WASHINGTON, DC - The novel coronavirus is continuing to spread in the United States, particularly in the western and southern ...

Philippine government to offer jobs at home for returning Filipinos

ZAMBOANGA CITY, Philippines July 5 (PIA) - The returning Filipinos who arrived Sunday in the city from Sabah in Malaysia ...

World must be better equipped to manage crises and future plagues

Wherever one is at anywhere in the world today - given the yet unknown first, second, third, fourth or however ...

Iran seeking return of 3 diplomats and journalist abducted in 1982

TEHRAN, Iran - Iran is rallying the international community in a bid to clarify the whereabouts, and return, of three ...

Afghans to farewell U.S. troops, as Taliban prepares to take over

LONDON, UK - The only element of the Afghan peace plan going according to schedule is the withdrawal of American ...

Demand for oil may have peaked

PARIS, France - Although crude prices have rebounded from coronavirus crisis lows, oil executives and experts are starting to ask ...

Nationalism an earth-shattering trend in shaping economies of future

Former U.S. Treasury Secretary Lawrence Summers has recently conceded: "In general, economic thinking has privileged efficiency over resilience, and it ...

A million Russians predicted to declare bankruptcy in coming months

Moscow [Russia], July 4 (ANI): As countries across the globe have been facing the worst collective economic downturn since the ...

LONDON, UK - It was a quiet day on world markets on Friday with U.S. markets closed ahead of the ...

Coronavirus has had an unprecedented impact on pubs in Britain. The British Beer and Pub Association estimates that the industry ...

NEW DELHI, India, July 3 (ANI): The ban on international commercial passenger flights to and from India has been extended ...