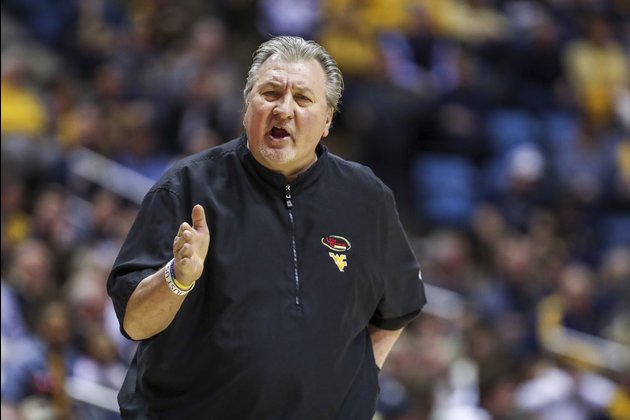 Derek Culver collected 23 points and 15 rebounds to lift No. 15 West Virginia to a 78-66 victory over Virginia Commonwealth on Thursday in the semifinals of the Bad Boy Mowers Crossover Classic in Sioux Falls, S.D.

Sean McNeil scored 16 points to match his career-high total set on Wednesday in the Mountaineers' 79-71 win over South Dakota State.

Oscar Tshiebwe recorded 11 points and 16 rebounds for West Virginia (2-0), which faces Western Kentucky (2-0) in the championship game on Friday afternoon. The Hilltoppers advanced to the final with a 75-69 victory over Memphis on Thursday afternoon.

Miles McBride followed up his career-high 23-point performance versus the Jackrabbits with 12 points on Thursday.

VCU's Nah'Shon Hyland scored 13 points on Thursday, one day after posting a career-high 23 in the Rams' 85-69 win over Utah State. Vince Williams Jr. answered a personal-best 15 points versus the Aggies with 11 more for Virginia Commonwealth (1-1), which will tangle with Memphis on Friday.

McNeil sandwiched 3-pointers around Taz Sherman's bid from beyond the arc to boost West Virginia's advantage to 54-42 with 13:14 to play. The Mountaineers began to work the interior before Hyland made a pair of layups to spark an 8-1 run for Virginia Commonwealth.

The Rams, however, were unable to trim the deficit to under nine points the rest of the way.

West Virginia bolted out of the blocks by scoring the game's first 13 points, with Culver making four free throws and two layups to highlight the surge.

McNeil's 3-pointer pushed the Mountaineers' lead to 24-9 before Virginia Commonwealth answered with an 18-5 run to pull within two points with 5:03 to play in the first half. Williams Jr. keyed that run with seven straight points, including a 3-pointer.

Culver stopped that run with a three-point play and a layup before McNeil drained another 3-pointer to send West Virginia on its way to a 42-33 lead at intermission. The Rams didn't help themselves by shooting 1-for-10 from 3-point range.

PanARMENIAN.Net - There is some evidence that a new coronavirus variant first identified in southeast England carries a higher risk ...

AMSTERDAM, Netherlands - A Canadian man, one of the world's most wanted fugitives, has been arrested by the Central Unit ...

Thousands of Hong Kong residents told to stay in homes

PanARMENIAN.Net - Hong Kong's government declared its first lockdown on Saturday, ordering thousands of people to stay in their homes ...

Everything you need to know about COVID-19 passports in Russia

One of Russia's regions has plans to issue COVID-19 "passports". What are they needed for and who can get them? ...

Positive start to week for stock markets in Asia

SYDNEY, NSW, Australia - Stocks hit the floor running on Monday in a positive start to the new week.Futures trading ...

Farmers in India still at odds with government after 9 weeks

The massive campaign organized by India's farmers against laws to deregulate the agricultural sector has entered its ninth week. The ...

Pandemic-induced job losses at KLM likely to rise to 6,000

ALBUQUERQUE, New Mexico - Nearly 60 percent of residents rate Albuquerque's quality of life as excellent or good, according to ...

NEW YORK, New York - U.S. industrial stocks closed lower on Friday as fears of prolonged lockdowns due to the ...