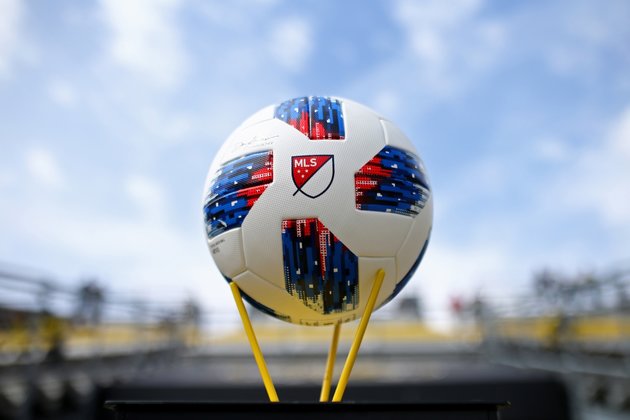 Just over a month ahead of their debut, Charlotte FC selected Maryland midfielder Ben Bender with the No. 1 overall selection in Tuesday's MLS SuperDraft.

Bender was first-team All-American in 2021 and the Big Ten midfielder of the year after amassing seven goals and five assists in 18 games forthe Terrapins.

"Every time there's a new team that enters the league, I think that the whole city is just super excited and ready to go," Bender said after his selection. "I know the fans of Charlotte are going to be itching to see the team win and win right away, and I think that coming into an expansion club is a good scenario for me. I think I have the ability to make an impact, so I'm just really excited to hit the ground running."

Charlotte FC currently have 10 international players on their roster, with Bender giving the club some domestic talent with a budget-friendly general-allocation status.

Bender is the third Maryland product selected with the top pick in the MLS SuperDraft, joining Maurice Edu in 2007 by Toronto FC and Leo Cullen in 1998 by the Miami Fusion.

Charlotte FC will play their first ever MLS regular-season game on Feb. 26 at D.C. United. They will make their home debut in front of what is expected to be a crowd in excess of 70,000 at Bank of America Stadium on March 5 against the Los Angeles Galaxy.

FC Cincinnati had the second pick in Tuesday's draft, and they selected goalkeeper Roman Celentano out of Indiana University, and FC Dallas selected forward Isaiah Parker out of Saint Louis University with the No. 3 pick. The Houston Dynamo selected forward Thorleifur Ulfarsson out of Duke with the No. 4 pick, while Austin FC picked defender Kipp Keller out of Saint Louis at No. 5.

A total of 78 picks were made across three rounds Tuesday, with 11 picks being voluntarily passed over by clubs. The results of the first round:

SYDNEY, NSW, Australia - Stocks in China were flat to lower on Tuesday as investors weighed up the disappointing economic ...

LONDON, England: Reports from the UK's opposition Labour Party said its leader, KeirStarmer, will call for a freeze on energy ...