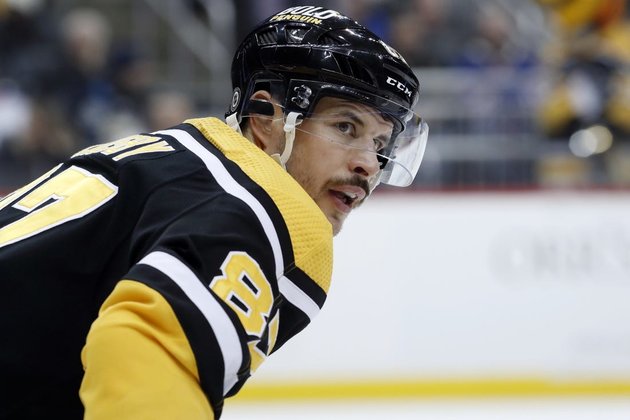 Pittsburgh Penguins forward Sidney Crosby is among 99 Canadians named to the Order of Canada on Thursday.

Mary Simon, governor general of Canada, revealed the names of those selected, a list that includes people from throughout Canada recognized for their extraordinary contributions to their homeland.

"What a beautiful way to end the year, honouring Order of Canada appointees and learning about the depth and range of their accomplishments," Simon said in a news release. "Their commitment to the betterment of Canada fills me with pride and hope for the future."

More than 7,600 people have been honored since the Order of Canada was created in 1967, given to those "whose service has shaped our society, whose innovations have ignited our imaginations, and whose compassion has united our communities," according to the news release.

Born in Cole Harbour, Nova Scotia, Crosby was the No. 1 overall pick of the 2005 NHL Draft by the Penguins.

Other athletes to receive the 2022 honor include Karina LeBlanc, who represented Canada at five FIFA World Cups from 1999 to 2015. She now is the general manager of the Portland Thorns FC.

Republicans in Congress to impeach border official due to migrants

WASHINGTON D.C.: In a sign of future political battles over record numbers of illegal crossings under Democratic President Joe Biden, ...

MOSCOW, Russia: Russian state-run TASS news agency has reported that a US woman was detained and fined by a Russian ...

ISLAMABAD, Pakistan - Former President General (retd) Pervez Musharraf died in a Dubai hospital on Sunday at the age of ...

Up to 2,000 Israelis to be housed in new town on Gaza border

JERUSALEM - Israel on Sunday announced plans to build a new town on the Gaza border .The town, temporarily named ...

US cancels over 1,800 flights due to ice storm

CHICAGO, Illinois: After an ice storm ravaged states from Texas to West Virginia, this week, airlines canceled over 1,800 flights ...

Fed fails to cool economy as US sees 517,000 jobs created in January

WASHINGTON D.C.: Despite the efforts of the Federal Reserve Bank to cool the job market to help curb record-high inflation, ...

102,000 job firings in US high tech in December, according to report

WASHINGTON D.C.: A report released this week detailed how, in January, layoffs in the US reached a more than two-year ...

PARIS, France: Following an 18 month controversy that exposed the workings of the global jet market, Airbus and Qatar Airways ...

At US urging, Japan to stop exporting chip technology to China

TOKYO, Japan: Japan is preparing to revise legislation to allow it to restrict the export of advanced semiconductor manufacturing equipment ...